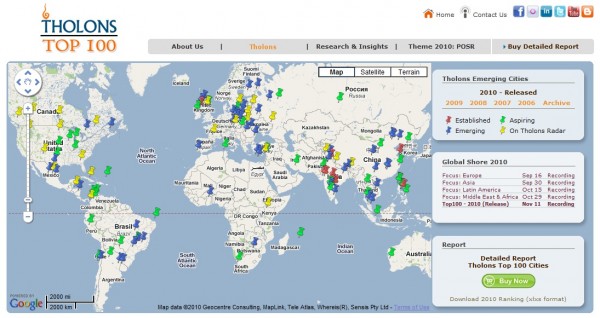 A 2012 research from Tholons, a business consulting and investment research company, has cited 5 Philippine cities in its Top 100 Outsourcing Destinations report.

The Philippines has incurred a 20% monetary increase from 2010 to 2011 through the IT-BPO industry. By the end of 2011, the country has generated $11 billion with the bulk coming from the call center industry.

Using the Tholons Location Assessment Framework, cities across the globe have been sorted into the top 10 emerged-, top 50 emerging-, and 40 aspiring hotspots for Information Technology and business process outsourcing (IT-BPO) industry.

Tholons forecasts that Southeast Asia will maintain its position in the next year, and there is also an emerging IT-BPO trend in Europe, specifically Poland and the Czech Republic.